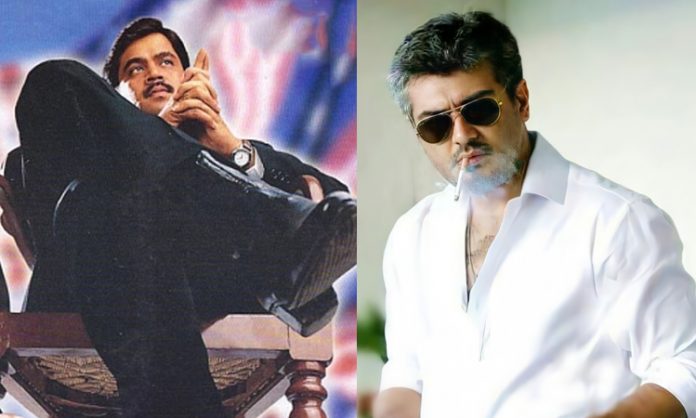 ‘Mudhalvan’ released in 1999, was the blockbuster of director Shankar, one of the top filmmakers of the South. The film featured Acting King Arjun and the Bolliwood sensation Manisha Koirala, in the lead roles with Manivannan, Raghuvaran, Vijayakumar and Vadivelu in key roles.

The film released to positive reviews was a box office super hit and remade in many Indian languages. The talks on its sequel ‘Mudhalvan 2’ were going on well before the starting of the director’s another sequel, ‘Indian 2’.

Now we get to hear speculations that ‘Thala’ Ajith is playing the lead role of ‘Mudhalvan 2’. There are reports that director Shankar had met Ajith regarding the sequel and also that the actor is impressed with the story. Ajith is presently busy in his movie, ‘Valimai’, with H Vinodh and it is said that Ajith has asked Shankar to wait till the upcoming movie is completed.

And the ‘Thala’ fans are eagerly looking forward for their favorite actor joining with the ace director.

It is to be noted that director Shankar had mentioned earlier in June that he might collaborate with actors like Vijay and Ajith in his coming projects.