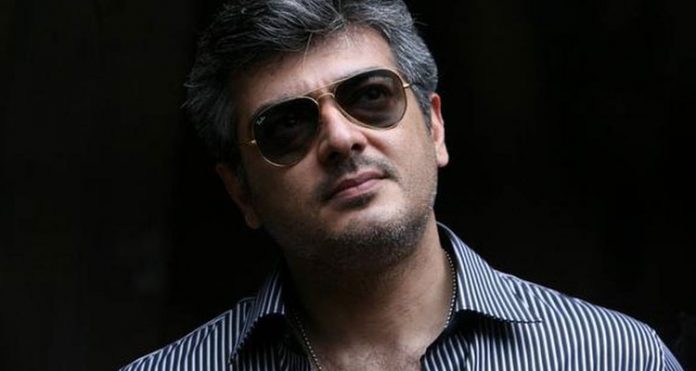 Ajith is working on his 60th movie Valimai , direct by H Vinoth. The movie is expected to be released on 2021. At the mean time Ajith is busy in selecting script for his 61st movie and also his fans are eagerly waiting to know about his next movie.

In the movie Valimai Ajith has appeared as a police officer. It is an action thriller movie with the co-stars Huma Qureshi, Kartikeya, Yogi Babu. The making of the movie is going on in Hyderabad.

Recently there are some rumors that Ajith’s next movie will be directed by Sudha Kongara, the director of Soorarai Pootru and it will be produced by Sree Gokulam films Gokulam Gopalan. But there is no any official announcement.

Ajith – H Vinoth combo’s last movie Ner Konda Paarvai was the remake of Bollywood hit movie pink. It was produced by Boney Kapoor and it was a great success. Hope his upcoming movies would also rock the box office