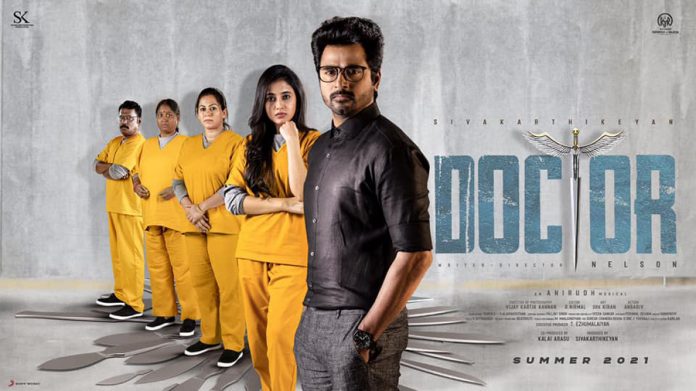 The release date of Sivakarthikeyan’s movie, ‘Doctor’, is postponed.

The film started shootings in December 2019 and was completed by January 2021, after the delay due to pandemic. And the post production works were completed in February beginning and the release was announced as 26th March 2021. But the distributors of the movie, KJR Studios, have announced on Tuesday, that the release is postponed.

They have stated in their tweet that the reason for the postponing is the oncoming Assembly Elections of Tamil Nadu, scheduled for 6th April. And this is done mainly in keeping in mind, the safety of the fans, who extended their love and support, since the start of the movie.  A better release date is being discussed and will be announced soon.

Until then the fans are requested to keep the love and support up and ‘Doctor’ will surely be worth the wait, they added.