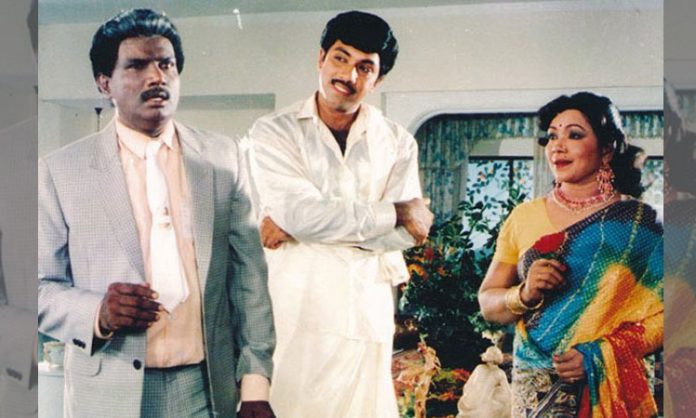 Tamil film ‘Nadigan’ was the blockbuster of actor Sathyaraj, written and directed by P Vasu, released on 30 November 1990. The movie is remembered with happiness by the actor’s son Sibiraj, on completion of 30 years after the release of the super hit movie, on Monday.

The movie was a remake of the 1962 Hindi film ‘Professor’, starring Shammi Kapoor.

The movie was a comedy drama and even now the fun filled scenes of the movie make us to LOL. The movie crossed 175 days in theatres of Chennai and 100 days in Major cities. The fans are celebrating the 30 years completion of the release of the movie by hash taking ‘#30YearsofNadigan’.

And Sibiraj has tweeted regarding this as, the film is close to his heart, not only due to the content and its success but also because of the lovely time they had at Kodaikanal, during the shoot of the movie, in his vacations.