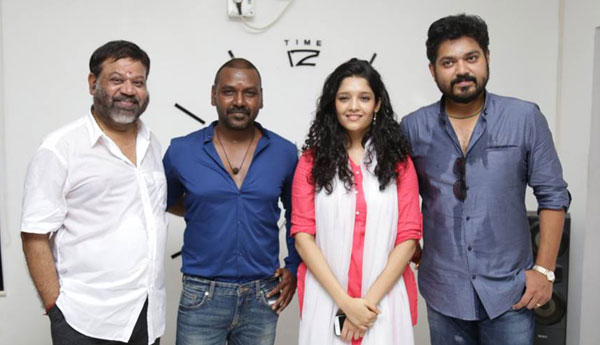 Shivalinga is a super hit film in Kannada which was a horror film starring Kannada super star Punith Kumar and directed by P Vasu. This was a very successful movie and Rajinikanth has personally appreciated the P Vasu for this film.

The director decided to remake this movie with Super Star in title of Chandramuki 2. But due to various reasons he couldn’t make it. Now Raghava Lawrence has signed to star the movie and Irthi Suttru fame Ritika Singh will be playing the female lead.

The Tamil remake is also getting the same title Sivalinga‬ and Producer R Reaveendran is producing this movie. The movie was launched recently with a poojai. Raghava Lawrence has just finished his project ‘Motta Siva Ketta Siva’ and hope the filming will commence soon.