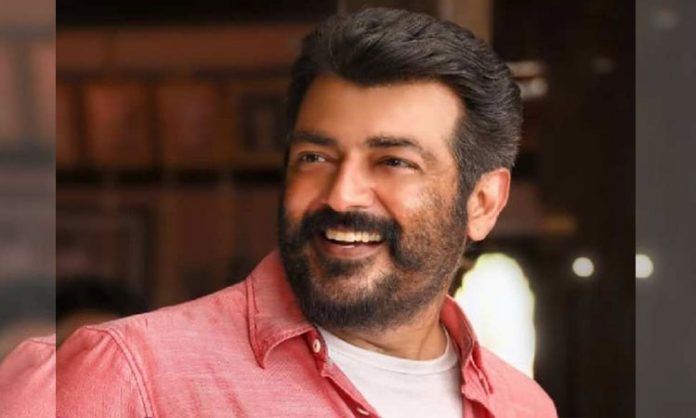 ‘Thala’ Ajith’s ‘Valimai’, written and directed by H Vinoth, with Huma Qureshi, pairing Ajith, is one of the most anticipated movies of the time.

The festival of Deepavali, was incomplete for the Ajith fans without the movie of their idol. At least some interesting, official, updates on the movie might have served the purpose, but there were nothing of that sort, disappointing them.

Now, some exciting updates are made available through one of the key member of the crew of ‘Valimai’.

As almost 8 months are lost due to the pandemic, the team is on war foot and working without much of rest. It is said that the complete crew is working overtime in the present restricted situation, to get the tough action sequences done. And the most praiseworthy part is the dedicated commitment and cooperation oh ‘Thala’ Ajith in the filming.

It is said that Ajith stays on the sets until his parts are completely done, many days beyond the stipulated time. Even on the festival day of Deepavali, he joined the team and worked continuously till Monday, despite the director asked the star to take rest. And the crew raves that ‘Thala’ Ajith’s action sequences in the movie will be something extraordinary.

And ‘Thala’ and the team are now keen on updating to the fans and we can expect fascinating updates now onward.