Pooja for the new movie of Aishwarya Rajesh with R Kannan 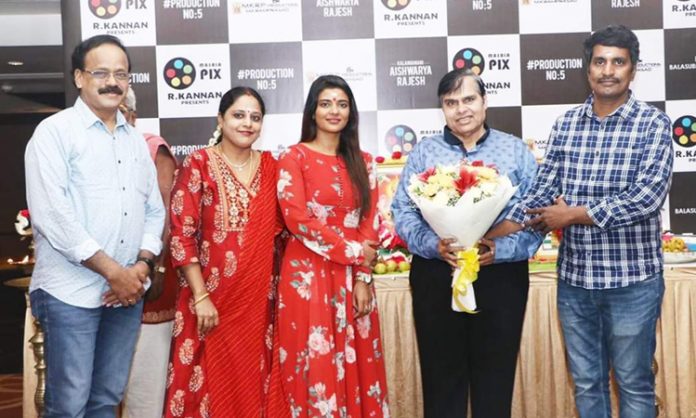 The new film of Aishwarya Rajesh with director R Kannan, began with the Pooja at Chennai, on last week. And it is the Tamil remake of the critically acclaimed Malayalam movie, ‘The Great Indian Kitchen’, released on 15th January 2021.

The Malayalam movie was written and directed by Jeo Baby, starring the National Award winner Suraj Venjaramoodu and Nimisha Sajayan. The movie was about the hardships which most Indian women undergo, due to patriarchy in typical Indian families. The movie received very positive reviews, mostly 4 stars out of five.

Director R Kannan had acquired the remake rights for the movie in Tamil and Telugu and Aishwarya Rajesh is playing the lead in the Tamil one. And the Pooja ceremony for the start of the movie was held at Chennai, on 3rd, with the actress, the director and other crew members.

The crew of the movie includes Cinematographer Balasubramaniam, Editor Leo John Paul, Dialogue writers Savarimuthu and Jeevitha and the Art Director Rajkumar. Rest of the cast and crew selection is in process. The shoots of the movie is expected to start soon, at Karaikudi, which will lost for a month.