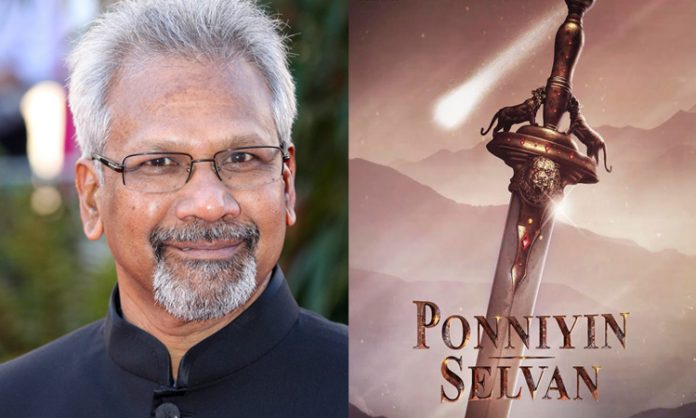 A major portion of the Mega project ‘Ponniyin Selvan’, of Mani Ratnam, which was going on at Hyderabad, is wrapped.

‘Ponniyin Selvan’ is the Tamil historical drama, directed and coproduced by Mani Ratnam, with ‘Lyca Productions’. The movie has an ensemble cast of many popular actors and Music AR Rahman, Cinematographer Ravivarman and Art Director Thotta Tharani, are the main crew members.

The principal photography, started in December 2019, got interruption by the pandemic and resumed in January, with a long schedule for a month and a half, at the Ramoji Rao Film City, Hyderabad. The team was working on war foot, at the magnificent sets, created at the film city.

And the laborious schedule has come to an end by the 26th of last month, to a great relief to the crew, who worked day and night. And crew member, popular costume designer Eka Lakhani has posted a snap of the crew with the director, in Instagram, expressing his enjoyment, on completing the tough task amidst the pandemic.

After a vacation, the final shoots are said to be shot around Jaipur in April, and the movie will move on to the graphic works and the post production.

The first part of the movie is planned for a release by June 2022, six months before the release of the second part.