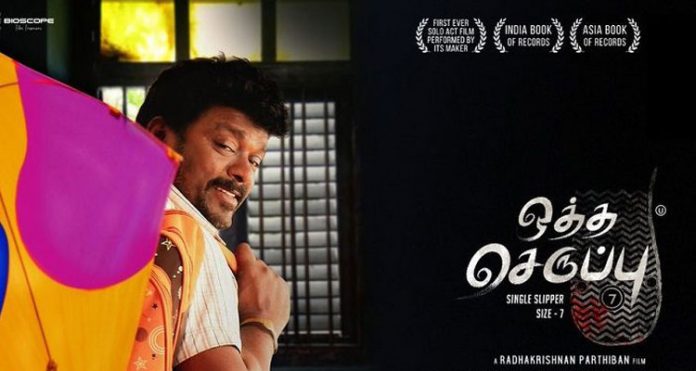 R Parthiban, the Producer Director Actor, who always tries for something new, tried this time something very new to South Indian Film field and that is Oththa Seruppu size 7. This thriller is the first movie of its kind in South India and the 13th in the world, a Solo Act movie.

The movie was released in August 2019 in Singapore South Asian Film festival and released worldwide after a month. Oththa seruppu received encouraging acclaims as a ‘Must watch’ for those who looking for something new. And it got the appreciation in the Toronto Tamil International Film Festival 2020, with three awards, ‘The Jury award for Best Feature film’, ‘The Jury Award for Best Feature Film Director’ and ‘The Best Solo Act Award’ 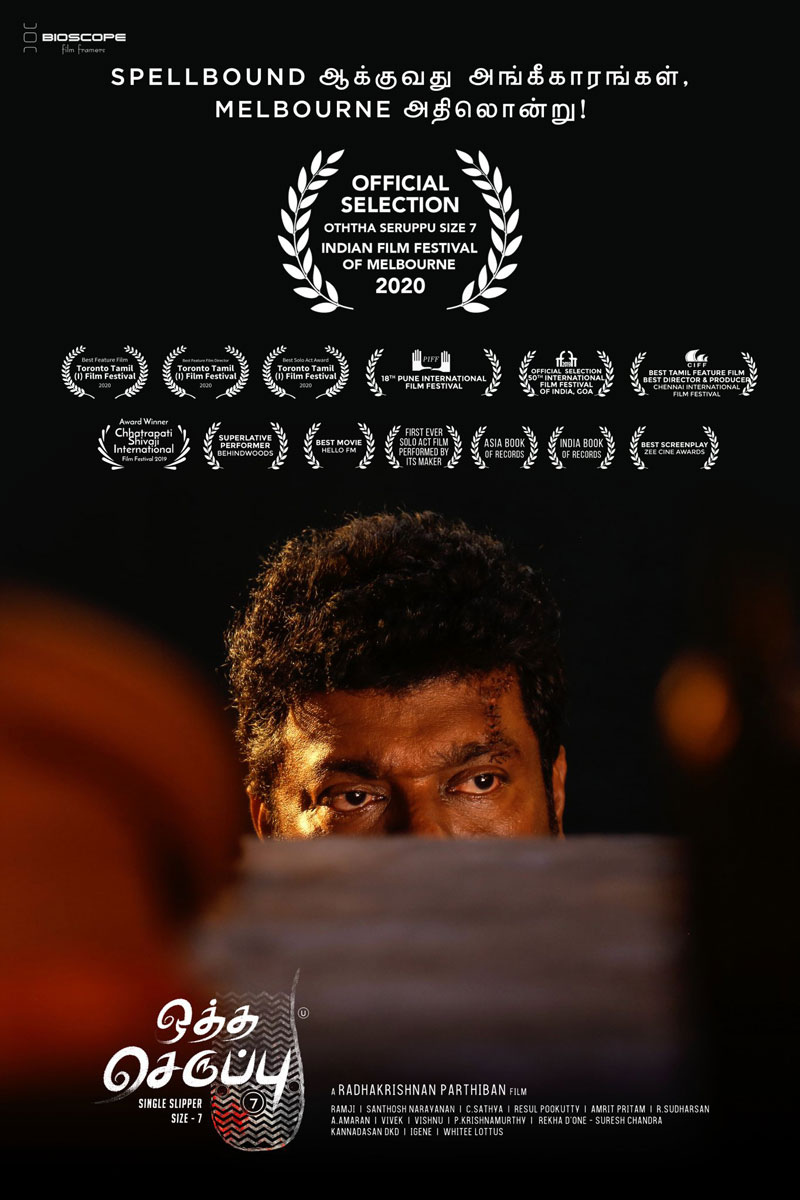 The movie was Written, Produced, Directed and Acted by R Parthiban. Another specialty is that the movie has only one song and Parthiban also has taken part in the singers of that song. In spite of all the contradictions to the normal Tamil Filmy trends, the film attracted the audience and the high level critics mainly due to the clear cinematography and brilliant sound effects along with the excellent performance of Parthiban. The credits go to C Sathya for Background music and Ramji for Cinematography.

Parthiban expresses his happiness on the film being well received by the audience and the critics and that it received the 3 awards.