Mookkuthi Amman to visit us for Diwali 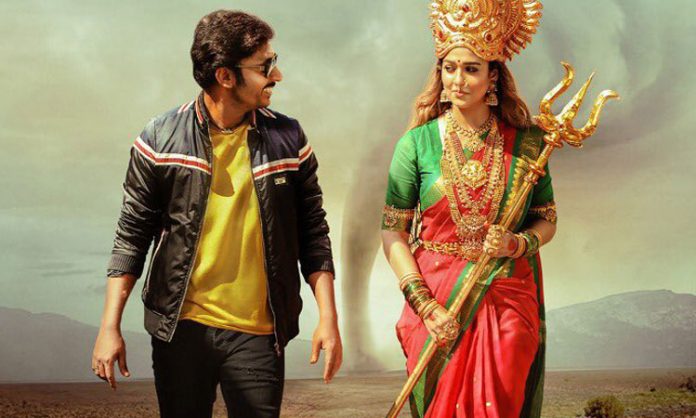 R J Balaji is directing this movie along with N J Saravanan while the Script is written by Balaji himself. The film is produced by Ishari K Ganesh, Music by Girishh G and Cinematography is by Dinesh Krishnan. The shoot of the movie was said to be completed in February this year and the release is on Diwali.

Prior to the release, the Trailer of ‘Mookuthi Amman’ is unveiled in the auspicious festival day of Vijayadasami on Sunday by R J Balaji and Mahesh Babu. On seeing the trailer it seems that the movie talks about the present issues troubling the nation mixed with lot of fun.

Nayanthara, the perfectionist, has almost transformed as Amman and it is another attraction of the audience towards the movie. And there are Urvashi, Moulee, Manobala and Mayilsamy to ensure the entertainment.

It is sure that the movie is apt for Diwali, the festival of devotion and joy, to fill you with devotion and fun. Forget not to listen the message embedded within.