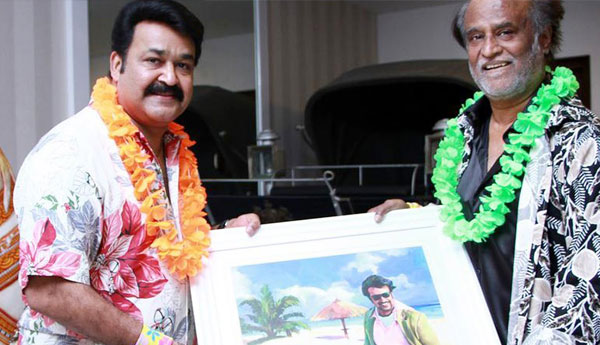 Expectations about Super Star Rajinikanth’s movie are increasing every day. Now another exiting news about Kabali is, the distribution rights of this movie in Kerala is sold to Malayalam Super Star Mohanlal’s production banner MaxLab and Antony Perumbavoor’s Aashirvad Cinemas.

They have paid 5.6 crores for the distribution rights of this movie which is a very high amount. The recently released Theri was also paid the same amount by the distributors. The first day show of Kabali will be screened on 150 theaters in Kerala.

The rest of the staring in the movies are Winston Chao , Radhika Apte, Dhansika, Dinesh Ravi  Kalaiyarasan, John Vijay and Rosyam Nor, the movie is directed by Pa. Ranjith. And it’s produced by Kalaipuli S Thanu.

As we all know Rajinikanth and Vijay have great fan fallings in Kerala, so surely it’s going to be a great treat to the Molywood fans also. But the release date of the movie is not yet announced officially. At first the release date was set as July 1st, then it was postponed to July 14th, then July 15th and now the final release date is set as 22nd of July