Manju Warrier unites with Arvind Swamy in her Tamil Debut 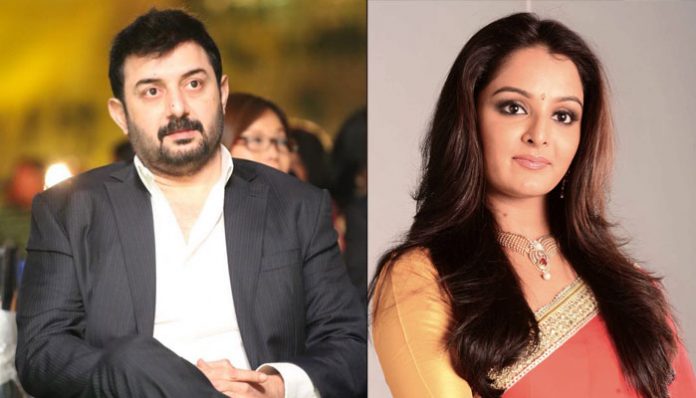 Manju Warrier, is the famous Malayalam actress, she has done about 20 movies in a short period. But after she married the Malayalam superstar Dileep, she took a break for 15 years. Then after their divorce the actress gave a strong comeback with ‘How Old Are You?’ in 2014. From there she took off and did about six films. Interestingly Manju Warrier’s comeback movie ‘How Old Are You?’ made the comeback of Jyothika in Tamil as ’36 Vayathinilae’.

This tremendous actress is to enter Tamil industry with a film directed by Ramana. Director Ramana’s debut movie Thirumalai was a blockbuster hit and marked a breakthrough in Vijay’s carrier. But after Aadhi, the director fall ill and took a break. With this new project he is to give a comeback. In this movie Arvind Swamy has signed for the male lead role to play opposite Manju Warrier.