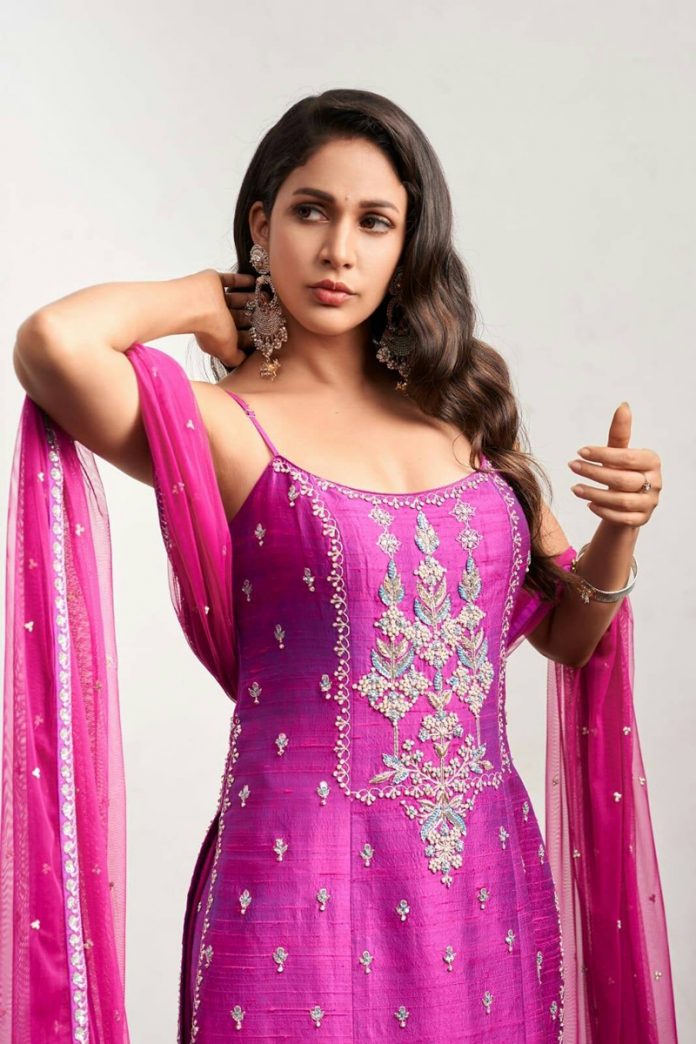 Actress Lavanya Tripathi debuted with the Telugu movie ‘Andala Rakshasi’ directed by Hanu Raghavapudi and released in August 2012. She debuted in Tamil after a couple of years, opposite Sasikumar, in ‘Bramman’, directed by Socrates. The movie had an average reception from the critics as well as the audience.

And the actress got busy in Telugu and appeared again in 2017, in a Tamil movie ‘Maayavan’, directed and produced by CV Kumar. The film received positive reviews and was an average grosser. After the movie, Lavanya started concentrating in Telugu movies again.

And the actress is reappearing in Tamil, after a long gap, opposite Atharvaa in the direction of Ravidhra Madhavan.

Atharvaa is playing a cop in the movie in which Lavanya is an IAS aspirant who gets kidnapped by a gang. Who is Lavanya actually, why is she getting kidnapped and how Atharvaa is saving her, is the story of the movie.

The official announcements on the movie are expected soon.