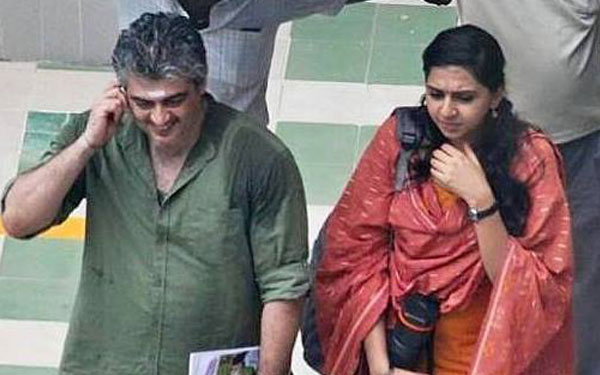 Ajith Kumars emerging movie Vedhalam is being directed by Siva. It is officially announced that the movie will hit the theaters on Diwali. In this case, Shruti Haasan has posted comments about her acting experience with Ajith and the good-nature of him in her Twitter page.

The shooting of Vedhalam has already been completed and the post production works are going on. Lakshmi menon who has acted as Ajith’s sister in the movie has praised the movie and she thanked the crew for their love and support during the filming.

She mentioned Ajith as a Gentleme. She said “Ajith is so humble and simple though he is a larger mass hero with a huge fan base. It is very special to share the screen with him.”