Kamal opens out about Sabash Naidu 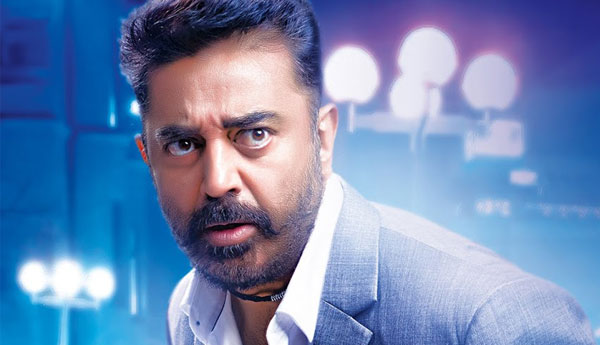 Sabaash Naidu the upcoming movie of Kamal Haasan started its shoot at Los Angeles on 6th of last month. Now the abroad soot sessions of Sabash Naidu are over and the team has returned back to Chennai. The team has got into the post production works of the portions shot abroad.

Kamal Haasan has made an official announcement through twitter that, the 42 minutes scenes of the movie is done also a song involving Shruti Haasan is edited. And it’s expected that soon the information about next schedule of shoot will be revealed.

This movie is cast and directed by Kamal Haasan instead of T K Rajeev Kumar and its made in Tamil, Hindi and Telugu. The movie has been titled as Shabash Kundu in Hindi.  And in Telugu and Tamil its titled as Sabaash Naidu. Shruti Hassan, Ramya Krishnan, Manu Narayan, Premanathan and Saurav Shukla are the cast of this movie. Ilayaraja is scoring music and Jaya Krishna is doing cinematography.