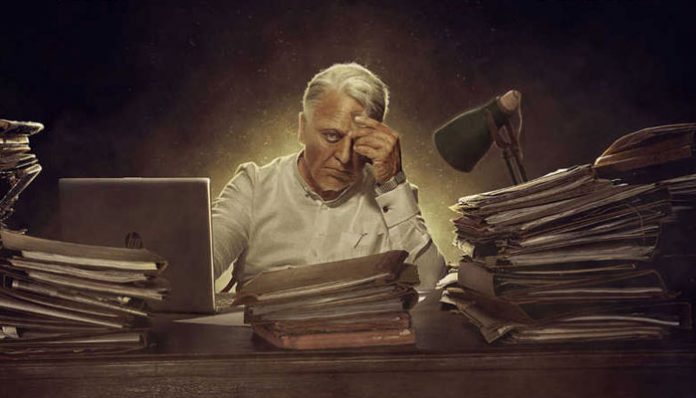 Indian 2 Movie: Indian movie in the direction of Sankar with Kamal Haasan in the lead role was a huge success. Though it was a different genre of movie released at that time, it was greatly liked by the audience.

The sequel of this movie, “Indian 2” which was highly expected by the audience is on floor now. After many delays the shooting of the movie has started, director Sankar and Kamal Haasan are working hard to give their best to satisfy the expectations of the audience.

Since it is a movie regarding a freedom fighter, Indian 2 has to recreate some historical fight sequences during independence. So the director has planned to shoot a fight sequence on a huge budget of nearly 40 crores.

Stunt master Peter Hein is directing this huge budget stunt sequence. This stunt master is a national award winner and he has already worked for Sankar in Endiran. The shoot of this sequence is going on at Bhopal with around 2000 junior artists. This fight sequence needs a lot of C G works too.

Recently some stills of Kamal Haasan with different getups from Indian2 shooting spot was out in social media and those stills went viral. The cinematography of the movie is done by R Rathnavelu, music by Anirudh, editing by Sreekar Prasad and is produced by Subaskaran under the banner of Lyca Productions. The movie is expected to be released for the next Diwali.