Dhanush expressed his happy singing in A R Rahman’s composing! 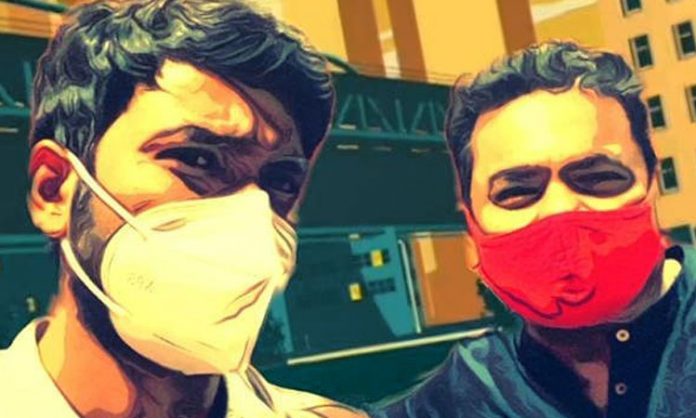 Actor Dhanush is not only an actor, but also a producer, director, a lyricist and a singer too. He started his playback singing in 2004 in ‘Pudhukottayilirunhu Saravanan’ composed by Yuvan Shankar Raja and has sung nearly 40 songs till now with various Composers like Deva, G V Prakash Kumar, Anirudh Ravichander, Harris Jayaraj, Santhosh Narayanan, S. Thaman and many.

As an actor Dhanush has acted in over 40 movies including two Hindi and one English movie. Currently Dhanush is acting in his third Hindi movie, ‘Atrangi Re’ along with Akshay Kumar and Sara Ali Khan. The movie is directed by Anand L Rai and produced by T-Series, Colour Yellow Productions and Cape of Good Films. Cinematography of the movie is done by Pankaj Kumar and the music is scored by A R Rahman.

By the virtue of acting in this movie, Dhanush has got the chance of singing a song in the Oscar winner A R Rahman’s composing for the first time and Dhanush has expressed, in his tweet, about his excitement in singing in the Composing of the great Music Director and talking to him.