Dhanush exited on the start of Atrangi Re, after the long delay! 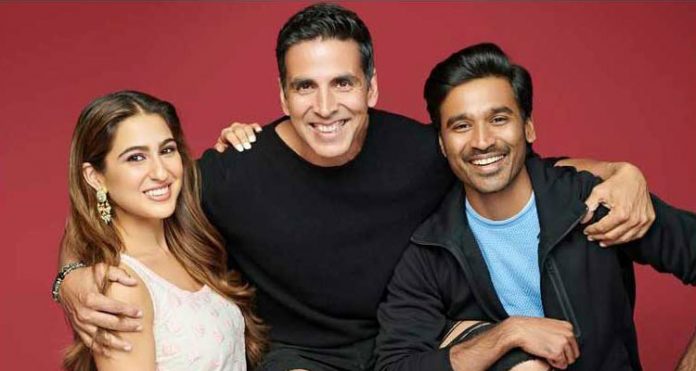 The shoot of Dhanush’s Hindi movie Atrangi Re, with Bollywood Stars Akshay Kumar and Sara Ali Khan, started in the first week of this month after the long delay due to Corona virus pandemic. The movie is a Romantic Drama Directed and Produced by Anand L Rai under the banners T Series, Colour Yellow Productions and Cape of Good Films. Writings by Himanshu Sharma, Cinematography by Pankaj Kumar and Music is done by A R Rahman mainly based on folk-classical.

This is Dhanush’s third Hindi movie. On reaching the shooting spot, Dhanush embraced the movie camera and expressed his feelings of missing it for long time, revealing his true love towards cinema.

It is said that they are going to have continuous shooting for 15 days and the movie is planned for release on the Valentine’s Day of next year.