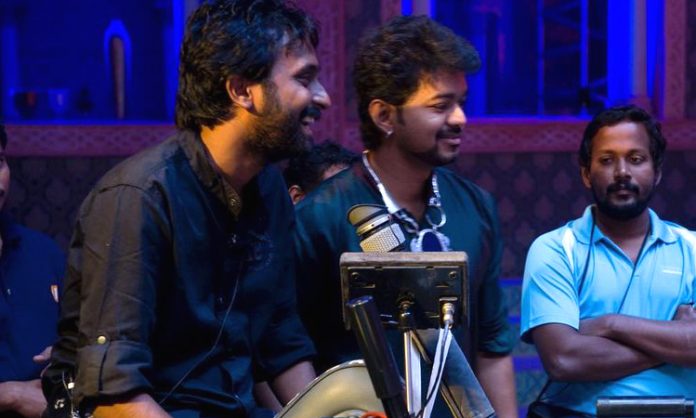 The next movie of Vijay, after ‘Master’, is ‘Thalapathy 65’, written and directed by Nelson Dilipkumar and produced by the ‘Sun Pictures’.

Nelson was confirmed before mid December and the director was busy with his ‘Doctor’, starring Sivakarthikeyan.  Now ‘Doctor’ is complete and announced for release on March 26th and Nelson became free to concentrate on ‘Thalapathy 65’.

The works for ‘Thalapathy 65’ started on 10th February, with a photo shoot for the look of Vijay in the movie, at the Sun TV studio. The cast and crew selection for the movie is on and the young composer Anirudh is already in the crew.  The latest is, cinematographer Manoj Paramahamsa, roped in to crank the camera.

Manoj had worked already with Vijay in Shankar’s super hit ‘Nanban’ and Vijay is much exited of joining once again with the wonderful human being. Vijay, in his tweet regarding this, stated that Manoj is loved by entire Tamil Nadu and soon he will be loved by entire country, after joining the pan India project.

The tweet of the actor increased the expectations of the fans for the movie. The film is said to roll on by April and will be released during Pongal 2022.