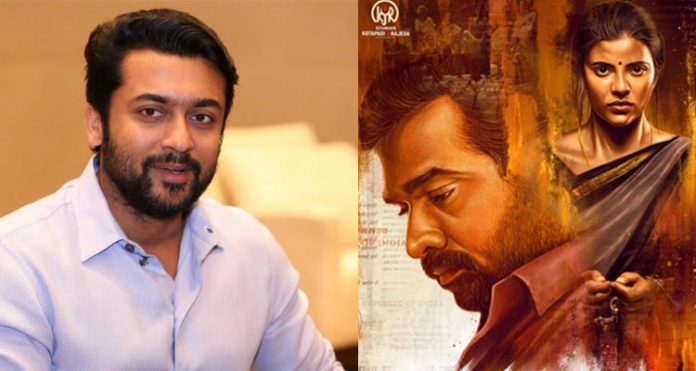 Actor, Producer Surya, has twitted about Vijay Sethupathi, Aishwarya Rajesh’s Ka Pae Ranasingam, directed by Virumandi, as ‘Boldly demanding common people’s rights’. The film is about a young widow’s struggles and anguish while trying to get the dead body of her husband from Dubai after he was killed there in an accident. Vijay Sethpathi has done his role well as usual and Aishwarya Rajesh has carried the work on her shoulders and revealed the young widow’s struggles and feelings without any flaw. The director Virumandi, without compromising with the Tamil cinema trends, very boldly exposes the helplessness of the Indian have-nots and the lethargic behavior of Indian Administration towards the commons.

Actor Surya who has given many Super hit movies and who has produced around 9 movies in his career of 23 years in the Tamil film field, openly appreciating the work of Vijay Sethupathi, Aishwarya Rajesh and Virumandi, who came to the field much later than him, shows his broad mindedness and his true love to the film industry.