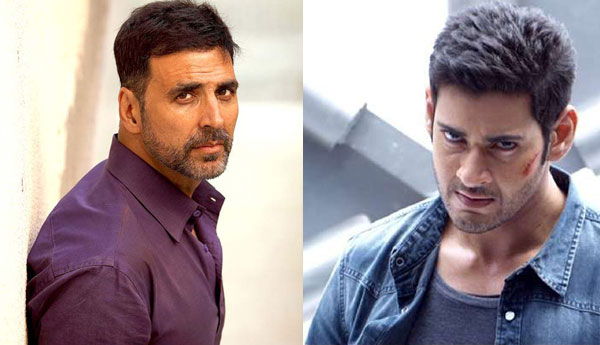 Super Star Rajinikanth is acting under the direction of Shankar, the movie is titled as ‘2.0’, which is the second part of ‘Enthiran’. And this is the highest budget film of director Shankar, in which Amy Jackson is pairing up with Rajinikanth. Subaskaran Alirajah’s Lyca productions is producing the movie.

Initially discussions went on with Hollywood actor Arnold Schwarzenegger to play the negative role, but due to several reasons the team couldn’t make it. Finally it was said that Akshay Kumar will be playing the Villain against Rajinikanth. It seems that Akshay Kumar is interested in playing negative roles in South Indian movies. Its said that Akshay has signed to play the Villain role against Mahesh Babu in the direction of A R Murugadoss. It is going to be a social awareness film based on Mumbai.

This movie is to be made simultaneously in three languages, Hindi, Telugu and Tamil. After ‘Brammothsavam’ this is going to be Mahesh Babu’s next Tamil movie. Now Mahesh Babu is on a tour to London with his family. The filming will begin as actor Mahesh Babu returns from London.