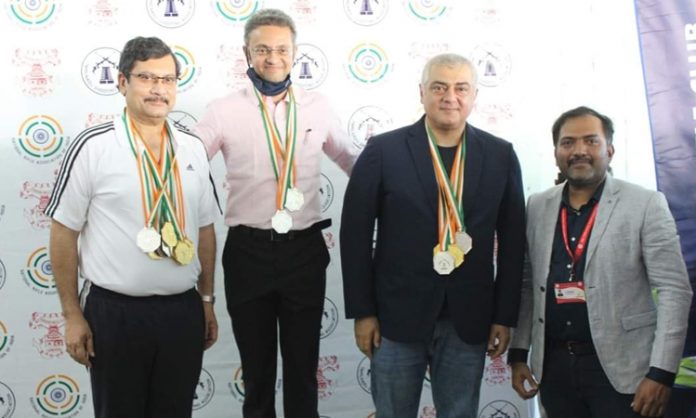 Actor Ajith, who is presently busy with his upcoming movie ‘Valimai’, is personally interested in thrilling sports like bike race and car race. And he has participated in many such events amidst his busy film profession and proved his talent.

The actor’s latest interest is shooting, not cinema shooting, but shooting with pistols and rifles. He had been practicing at the Chennai Rifle club for some time and participated in many shooting competitions in the State level and National level.

Over 900 shooters from the state have taken part in the championship, in more than 60 categories and representing above 50 clubs, like Chennai Rifle Club and Madurai Rifle Club.

The photos and videos of Ajith, decorated with the medals have gone viral in the media.