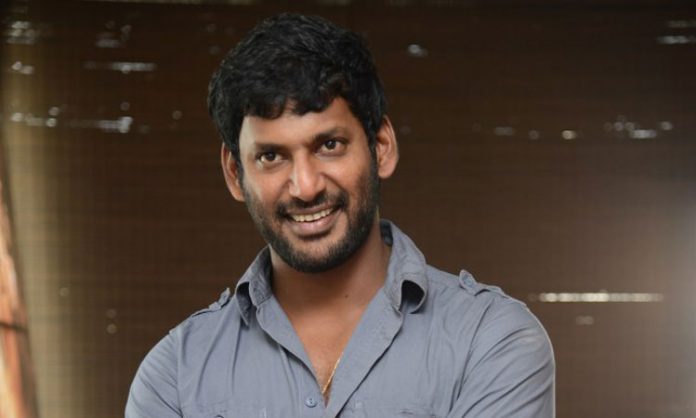 Actor Vishal is working with director Anand Shankar and the major portions of the movies is filmed in Hyderabad. But earlier it was said that actor Vishal is going to work in a new flick with a young director, Karthik Thangavel, who gave his debut in Adanga Maru.

The latest news is that actor Vishal has signed the project few days back. Karthik Thangavel’s this movie has a great expectation after his Adanga Maru. However it is expected that soon the movie team will announce its cast and crew members official.