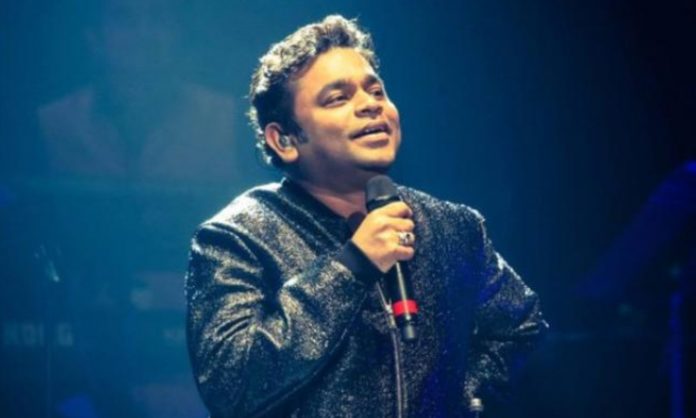 The top music director of India, Oscar winner, AR Rahman, is turning film producer and also the writer for his movie.

The movie is titled ’99 Songs’ and directed by Vishwesh Krishnamoorthy, who is also the co writer of the story along with Rahman. Also the production company, ‘Ideal Entertainment’ has coproduced the movie together with the maiden production banner of AR Rahman, ‘YM Movies’.

The movie is produced simultaneously in Tamil, Telugu and Hindi languages and many new faces like Ehan Bhat, Edilsy Vargas and Tenzin Dalha have played the key roles of the movie. The movie is about the struggles of a singer who aspires to achieve great goals in the music field.

The teaser of the movie was released in December 2017 and people started saying that this is the real life story of AR Rahman.  And the composer has clarified on this at the promotional event of the movie, held on Friday at Chennai. AR Rahman cleared that it is definitely not his life story but it is a story written by him and it took him four years to write this story.

Many film personalities like director Shankar, KS Ravikumar, composers Anirudh and Yuvan Shankar Raja, have taken part in the promotional event of the movie.