Most of the members in Chennai28 team are part of the film including Jai, Shiva, Premji, Aravind Aakash and Nithin Sathya. Also Yuvan Shankar Raja who scored music for the first part will be doing music for the sequel also. The trailer of the movie was released in social Medias which gives a picture of, what a great entertainer the Chennai28 II is going to be.

It’s revealed that the sequel will the about the lives of the boys in the cricket team now turned as men. As the first part the sequel will be also based on friendship and cricket. The director is ready with the script and soon the movie will be on floors. 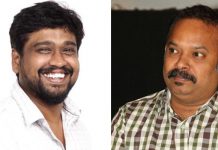 Venkat Prabhu and M Rajesh jointly works for a film