Kamal Haasan’s upcoming movie ‘Thoongavanam’ has started in Hyderabad on 24th May and they have decided to complete the movie at the earliest. It looks like the movie is of international intelligence adventure movie.

Trisha, Anaika Soti are taken up the lead female characters. Whereas Prakash Raj, Kishore, Uma Riyaz Khan, and Sampath are provided with other important roles.

Kamal’s subordinate Rajesh is directing the movie as a debutant, Ghibran composed the music and the camera work has been taken care by Sanu George Vargheese. 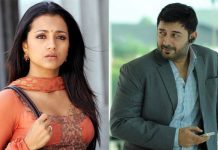