Sudha Kongara to join with Prabhas 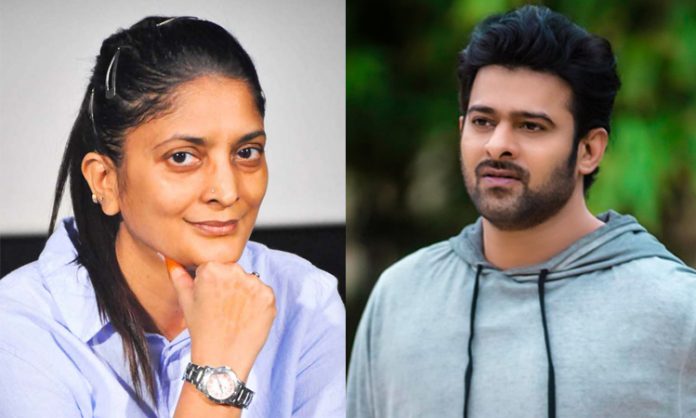 Sudha Kongara, who started her carrier as a director with the Telugu movie, ‘Andhra Andagadu’, released in 2008, rose to fame with her 2016 Tamil sports drama, ‘Irudhi Suttru’.

The movie starred Madhavan and a mixed martial artist Ritika Singh, and was simultaneously made and released in Tamil and Hindi, receiving high critical acclaims. Also the movie bagged 15 awards, including a National Film Award. Sudha herself remade the film in Telugu, the next year with Venkatesh reprising the lead role played by Madhavan.

Also her ‘Soorarai Pottru’ with Suriya, released in November 2020 was well appreciated by the critics as well as the audience and was a great hit commercially. It was also dubbed and released in various Indian languages, including Telugu.

And it is said that Sudha Kongara is joining with Prabhas for a new movie and the actor is also impressed with the story narrated by her. Also it is said that Prabhas has asked her to develop the script further and she is working on the script for its improvement.

Earlier there were some speculations that Sudha is directing Ajith’s next movie after Valimai and it is H Vinoth himself continuing with Ajith. And if everything goes well Sudha will join with Prabhas for sure.