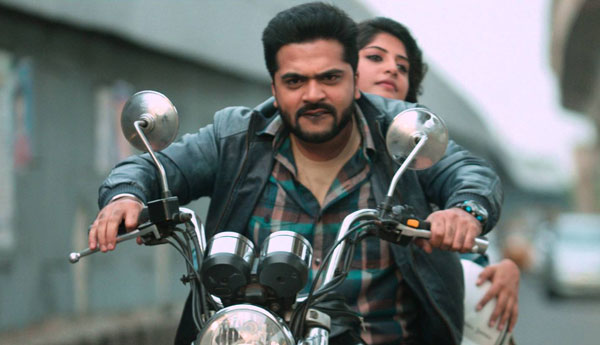 Yet another happy news for Simbu‘s fans, after the news about release date of ‘Idhu Namma Aalu’. After a long gap of more than two years Simbu movie ‘Vaalu’ was released followed by a guest appearance in the movie ‘Kaaka Muttai’.

Followed by this the release dates of ‘Achcham Yenbadhu Madamaiyada‘ has also been announced. This film is directed by Gautham Menon and Manjhima Moham is doing the female lead role also A R Rahman is doing the music.

And the full music album will be released on 17th June. Also it has been announced the movie ‘Achcham Yenbadhu Madamaiyada’ will be released worldwide on 15th July. Thus the consecutive announcement of release date of Simbu’s movie has raised waves of joy among STR Fans.