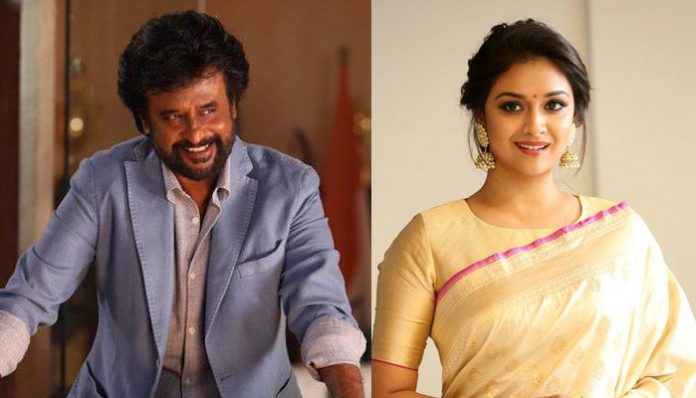 Rajinikanth168 – Rajinikanth’s Darbar movie shooting has been completed recently and now superstar is all set for his next movie under the direction of Shiva, the movie is to be produced by Sun pictures.

The team is under discussion and the making of the movie is to commence from December first week, hopefully the movie will be released for the next Diwali. Also it is going to be a village oriented story, since after long time Rajinikanth is doing a village oriented subject. This has raised expectation among his fans.

Now the team is in search for the female lead, many actress where suggested including Nayanthara, Manju Warrior and Joythika. But now some sources are saying that actress Keerthi Suresh is to pair with Rajinikanth for this movie.

Any heroine getting such a great chance to pair with Rajinikanth in such a short time is surprising. It seems that, the great success of the biopic Nadigaiyar Thilagam and the National award she won for it, has gained her this opportunity.