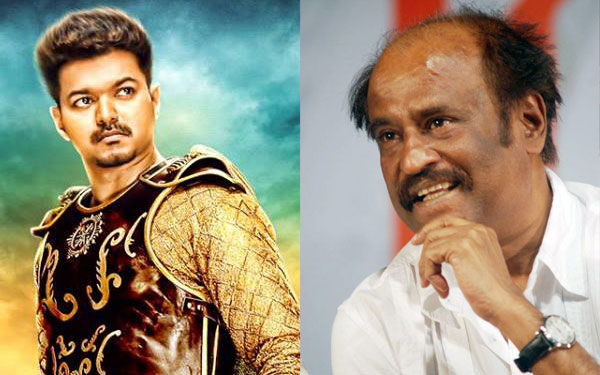 Rajinikanth applauded the film Puli for having all the elements which children’s like and he requested the fans to watch the movie with family.

Super star RajiniKanth has also congratulated the producers and Vijay for giving such a fantasy movie. Some other celebrities have also expressed their views.

Rajnikanth said: “I saw the movie and I liked it very much. The effort has to be appreciated, the Spectacular sets and the graphic scenes mesmerized me. I congratulate the producers for Producing the movie on a grand scale.

Vijay’s acting attracted me, he has portrayed himself in a different role which is appreciable. Sridevi’s performance is superb. The movie is on par with the standards of Hollywood films. It was thrilling from start to finish and it contains all aspects which children’s like. The movie should be seen by everyone with their family.”