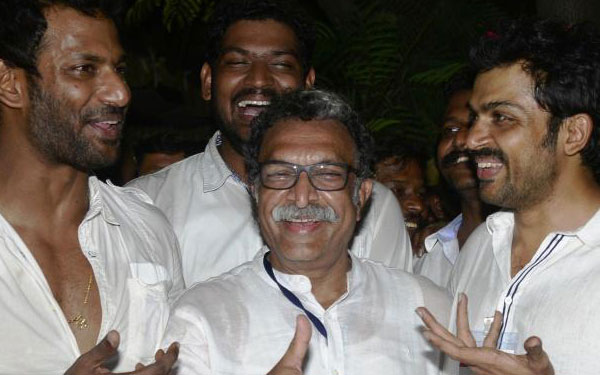 South Indian actor’s union election voting started at 7 am and ended up at 5 pm. Number of actors eagerly casted their ballot. Lead actors including Rajinikanth, Kamal Haasan, Vijay and Vikram were also casted their votes.

1824 direct votes and 783 postal voting has been registered. This is highest polling ever happened in South Indian actor’s union election history. Lot of theater actors has also recorded their votes.

Nassar won the president post by defeating Sarath kumar in a hairline. Vishal and Karthi won the general secretary and Treasurer post’s respectively.

Radharavi commented on the election results that they agreed the defeat