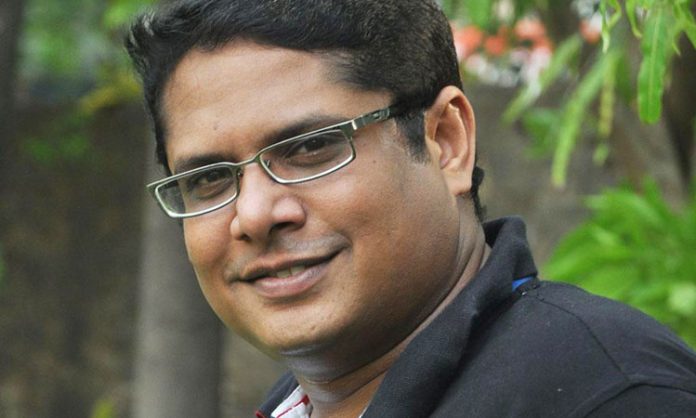 Manoj Bharathiraja is turning Director with a movie produced by Ravindhar Chandrasekaran under the banner ‘LIBRA Productions’. The movie is going to be written and directed by Manoj Bharathiraja, as announced by the producer on last week in his tweet.

The news of Manoj becoming a Director is not that new and it started more than a decade back  when it was reported that Manoj was set to remake ‘Sigappu Rojakkal’ a 1978 psychological thriller, co-written and directed by his father, which disproved the then concept that Director Bharathi Rajaa knows only village drama. But for unknown reasons, the project did not takeoff yet.

Also it was said that Manoj was going to direct a complete comedy movie named ‘Oru Kombu Kathai’ in 2016 with actor Mahath in the lead role and that was also dropped before it started. Now the announcement of the LIBRA Productions ensures Manoj’s debut directorial is releasing in 2021.

We can expect a fine work from Manoj, not only because he is the son of a great director, but also he has the experience of his works as assistant to his father in his ‘Bommalattam’, to Director Shankar in his ‘Endiran’ and Director Manirathnam in his ‘Bombay’.