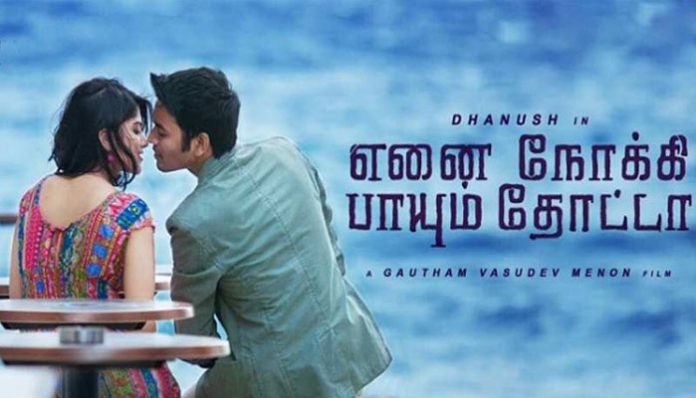 Enai Noki Paayum Thota making has been done years before, but the movie’s release was postponed several times, due to some financial issues. Finally the release date of the movie has been announced.

ENPT was directed by Gautham Menon under his own production banner. The film features Dhanush and Megha Akash in lead role, Sasikumar has done an important role and music by Darbuka Siva.

But due to various financial issues of director Gautham Menon, the release of the movie was delayed. And now Ishair Ganesh’s  Vels Film International has bought the movie’s Tamil Nadu distribution rights and has announced the release date as November 29.

As the movie’s songs and trailer was greatly liked by the audience, even after this delay the movie has a wide scope to succeed.