HomeNewsKeerthy Suresh to work with Chiranjeevi for a remake!
News

Keerthy Suresh to work with Chiranjeevi for a remake! 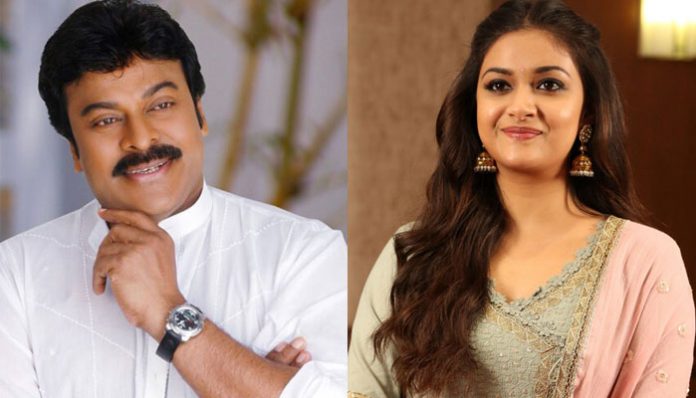 The movie is being remade in Telugu by Director Meher Ramesh with the lead role of Ajith played by veteran Actor Chiranjeevi, which was confirmed by Chiranjeevi’s brother Pawan Kalyan’s announcement on September second, the birth day of Pawan.

As the character of Lakshmi Menon, sister of Ajith, is very important in the movie, discussions were going on about who will do the role. By 11th of September news said, the ‘Fidaa’ fame Sai Pallavi is doing the role. But we come to know that one of the current leading Actresses in the Tamil and Telugu industry, Keerthy Suresh, is doing the sister of Chiranjeevi.

Keerthy Suresh’s last movie ‘Penguin’ released in June in Amazon Prime Video, was appreciated for Keerthy’s performance, though the movie as a hole received negative reviews. And currently she is in 7 movies, out of which 2 are in post production and one is completed

Such a busy actress in the frontline, accepting a sister role, shows her respect towards the profession.