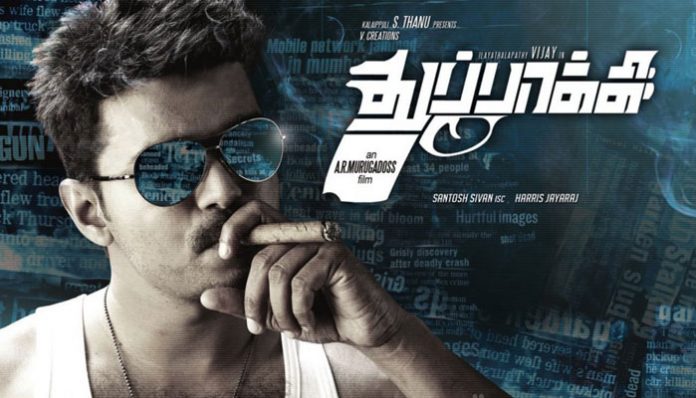 Cinematographer Santosh Sivan has recently appreciated actor Vijay in twitter and he also mentioned that, he is anticipating to work along with the actor for Thuppakki 2.

Santosh Sivam the cinematographer of Thuppakki is now working with director A R Murugadoss for “Darbar”, starring Rajinikanth, Nayanthara and music by Anirudh Ravichander. Shooting of the movie is now completed and the post production works are going on.

After the release of Bigil actor Vijay has now kick started Thalapathy 64 along with Vijay Sethupathi under the direction of Lokesh Kanagaraj. Now, this tweet of Santosh Sivan has created expectations among the fans.

So hopefully it’s expected that after Thalapathy 64, Thuppakki 2 might take off.