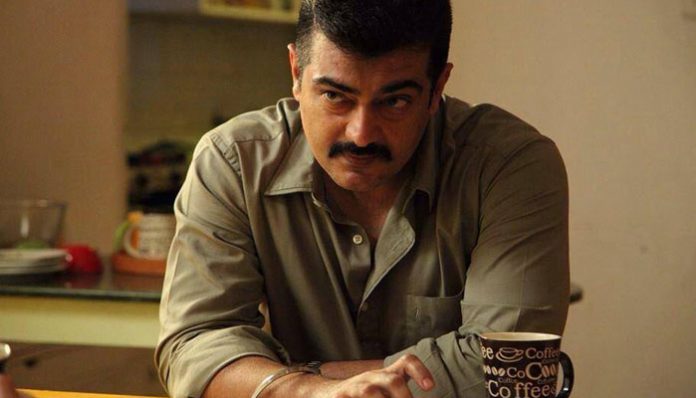 Ajith’s yet untitled 57th movie, known as Thala 57 has completed its first schedule shoot in Europe and the team has returned Chennai. Now the team is on discussion about the next schedule of shoot. Its buzzed that the next schedule may be shot in Chennai and for the subsequent schedules the team will fly abroad.

As we already know Siruthai Shiva is directing the film, Sathya Jyothi Film’s Thyagarajan is producing it, Kajal Aggarwal and Akshara Hassan are doing the female leads. Some news are revealed that the director and Ajith together has saved a lump amount of the producer.

Actually the first schedule was planned for 60 days in Slovania, Europe. But the team has finished the scheduled in a quick period of 32 days. Since in Slovania its only four hours of night and the rest day, the team has well utilized this, which was the main reason that they could complete the schedule early. The Star actor Ajith has given his full co-operation to achieve this.