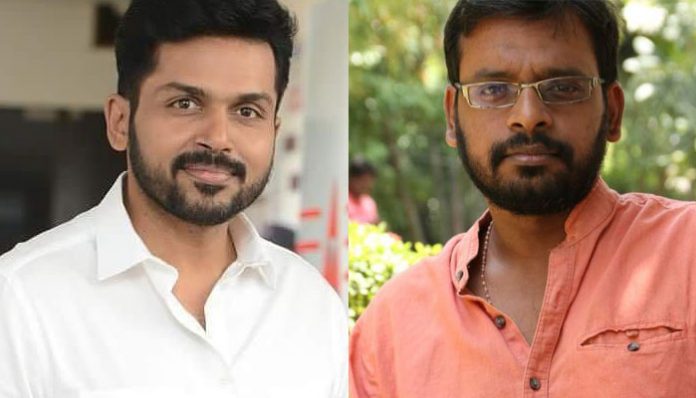 Actor Karthi was so happy about his recently released movie Kaithi, which was his first 100 cores gross movie. Now he is busy with the shooting of Sultan movie under Bakkiyaraj Kannan’s direction with Rashmika Mandanna as female lead. The music of the movie is done by Vivek-Merwin and it is produced by SR Prabhu under the banner Dream Warrior Pictures.

Actor Karthi is simultaneously doing another movie in the direction of Jeethu Joseph, in this movie actress Jyothika and actor Sathyaraj are doing an important role. These two movies are set to release by the mid of next year.

Once both the movies are warped, Karthi is going to join with Joker and Gypsy movie director Raju Murugan , he has narrated a political script to Karthi, as the actor was impressed with the script he has asked the director to develop the full script.

This director’s recent movie “Gypsy” faced a lot of issues as it had some dialogues and scenes regarding politics, even after so many cuts and reshoot of some portions the movie still got “A” certificate. Being a political thriller hope this movie in Karthi and Raju Murugan combo will reach the screen without any issues.